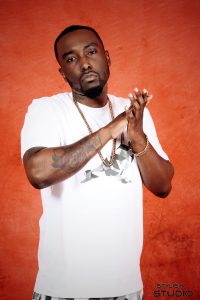 said that rap artists must go through one or the other, rather it be pain, adversity or perhaps even tragedy. Unfortunately, SB Jones has been a survivor of all three and his music depicts it. Hailing from the small town of Perry FL, which sits at the entrance of the Florida panhandle, SB Jones started his musical journey there eight years ago. He has said, “Most of the people in my town love my music but just like with anything else there were some that didn’t believe at first. But I can honestly say that in the last three years I’ve become more focused and now those skeptics are believers.” In Perry there is no true music scene due to the lack of a serious club scene and no music promoters to assist aspiring artist with their craft. Instead of complaining over his area’s shortcoming SB Jones chose to place the city on his back with plans of luring the big spotlight to his small town. It’s an effort he believes in as he has gradually merged his music and street credibility with the element of respect from his peers.
Music is something he has always loved but SB Jones started with just wanting to be on the music scene in any capacity that he could fit into as long as he could appease his pleasure for musical entertainment. Eventually he and some friends began to write songs which led to them recording themselves regularly. Before too long, SB Jones began getting really good feedback on his work and that’s when he knew that being a serious artist was his destiny. Since everything he did was in class and style while possessing so much swag across his city, he was soon the town’s number one rapper. His moves seemed to be “epic moments” and so it was no surprise to see pictures flashing from phones when stepping out.
Many have seen SB Jones perform as he captivates them on stage, leaving people wanting to know more about who he is or where he came from. His stage presence is dominant while conveying his musical passion in every bar and in every verse. Yet be mindful that SB Jones has experienced his share of ordeals in life that have all shaped him, not only as an artist but also as a man. It is often said that life is short and this reality reared its head as a strong reminder to SB Jones, when he was violently shot in the face and left for dead shortly after the release of his heavily anticipated mixtape, titled “Underrated Vol. 1”. The attack on his life did not deter him from his path to pursue success. The streets embraced his music even more than before as he went through months of recovery in the hospital, with a relentless zeal to return to the microphone.
SB Jones is excited about the material he has put together for his upcoming new release. He has stated, “I plan to bring songs that will be all about the realness cause I’m real and that’s all I know….it’s all I’ve ever been. I got some club bangers and some street anthems just as well. I definitely didn’t forget the ladies though so I feel everyone will be pleased.” His influences have ranged from Boosie, Jeezy, and TI, to the likes of B.O.B. and especially Gucci Mane. Just like these artists have endured challenges and obstacles but somehow persevered, it is apparent that SB Jones will do the same, allowing the world to hear not only of his tribulations but also of his triumphs. Some people decide to do music and become artists while others are chosen to be artists by the music itself. Well trust in the fact that it was music that chose this man as an artist! Please prepare yourselves for the coming climb of the persevering SB Jones!